Establishing a new quiz bowl team will be a different process at every college or university because of variance in size, student body composition, and administrative support, but the following steps are some of the most important to creating a competitive program that can outlive its founders’ stint at the institution. These steps are listed in rough chronological order.

Form a Core Group of Players

First and foremost, find a core team of quiz bowl enthusiasts who are willing to perform administrative work (as well as play), and who may need to pay their own way to the first couple of tournaments. Unless events are timed very well, it is unlikely that a quiz bowl team in its first year of existence will be able to acquire significant funding since budgets are usually submitted and approved during the preceding academic term. These four to eight players will be the proselytizers for this team among prospective players, administrators, and faculty members. At this point it’s not so important to focus on finding a fully-balanced, top-notch team, but rather a group of people who love knowledge—and expressing it in this form of competition—and who are willing to work hard to build a club.

It may help to peruse recent years’ Rising Freshmen Contact Lists to help identify students at your school who played quiz bowl in high school (but don’t limit yourself to experienced players).

Anybody interested in starting a team should get in touch with other active and nascent programs in their area in order to practice with them, arrange matches, or just to observe their practices and tournaments in order to get a feeling for how such things should be run. Other students and coaches will be able to provide a plethora of advice about every aspect of founding and leading a team. One should be sure to read the college sections of The Quizbowl Resource Center for discussion and tournament announcements. This is a great forum for electronically meeting active players, asking questions, and just absorbing the culture and current issues faced across the country.

It is also a good idea to make direct contact with geographically nearby programs in order to practice with them, arrange matches, or just to observe their practices and tournaments in order to get a feeling for how such things should be run. 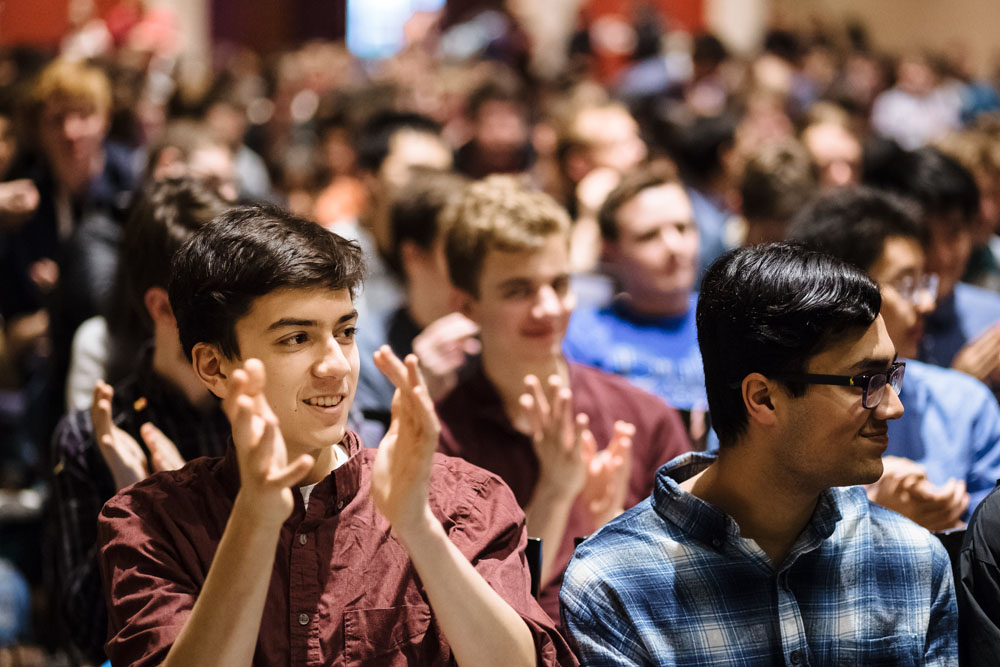 Some free practice questions are available on the Quizbowl Packet Archive; those questions were mostly written by teams for invitational tournaments, and they vary widely in difficulty, length, quality, and subject distribution. Since the heart and soul of quiz bowl is its questions, this archive is also a window into the history of the game. In general, tournaments have become more focused on academic questions (and correspondingly less focused on popular culture, sports, and current events), and more difficult; at the same time, it is generally thought that questions have become better, and teams’ expectations for the quality of tournaments they attend have risen.

Most of the questions available for free have a different subject distribution and are longer than NAQT’s questions. NAQT sells its past sets as practice material; teams planning on competing for the NAQT Intercollegiate Championship will find it valuable to practice on NAQT-style questions.

Having a faculty advisor is very important for a program, even if that advisor doesn’t travel to many events or attend many club functions. Advisors are often required to sign off on clubs’ requests for money or room reservations and they can be very helpful when working with other departments or offices to gain publicity for the club. Be sure to remember to treat your advisor to a gift at the end of the year; very few universities actively reward faculty members for their work with student groups.

Unlike high school teams, very few college teams have active coaches who run practices, edit questions, and take an active role in training the team. In the likely event that a new team is unable to find an enthusiastic and experienced coach, team members will have to be prepared to assume the responsibility for leadership within the club.

It may be desirable (or even necessary) to go through a process to achieve recognition by the school as an official club, or some similar status. This status can be helpful in securing funding, transportation, and other resources. 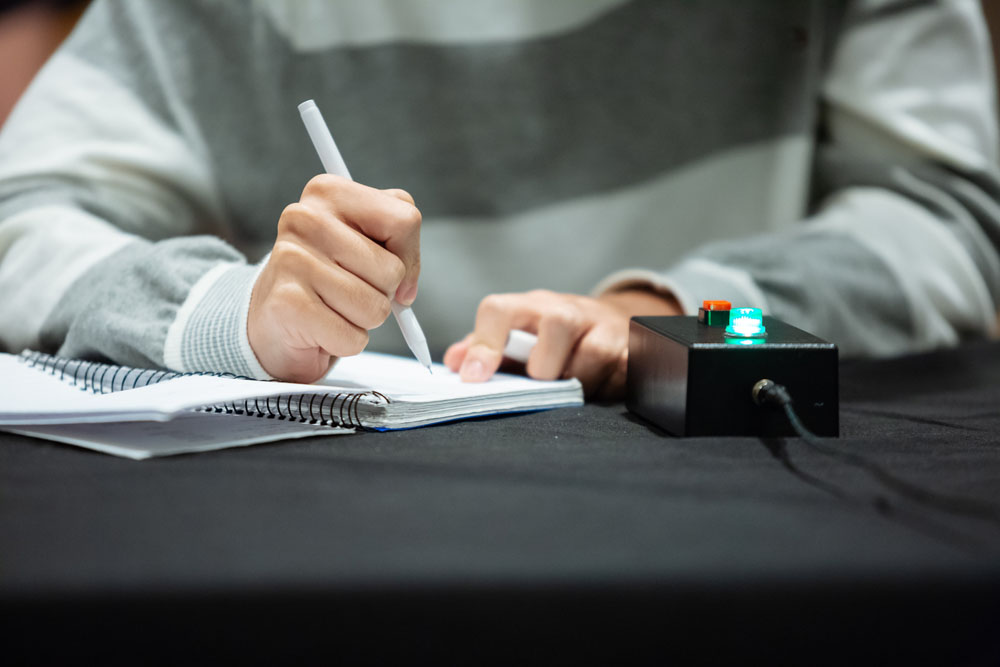 Tournaments are announced regularly on The Quizbowl Resource Center. Official NAQT events are also listed on our online schedule, and once you have an account on naqt.com you can subscribe to email notifications of tournaments near you.

Often, registering for a tournament is as simple as sending an email to the tournament director. The host will generally distribute cost information, driving directions, and a brief description of the tournament’s format and style to teams that have expressed interest (and possibly to the mailing list and discussion board at large).

Be prepared to lose games. New teams often suffer substantial defeats at the hands of experienced circuit teams. This is only to be expected; remember that most good college teams’ members have been practicing two to three times per week for several years and have played thousands of practice questions. However, they all started from somewhere! Improvement is usually slow and steady. New teams should especially consider going to Collegiate Novice tournaments, which use easier questions geared toward new teams and players. In addition, NAQT offers Division II play for new teams at its Sectional Championship Tournaments to give new players and clubs a chance to compete against each other. 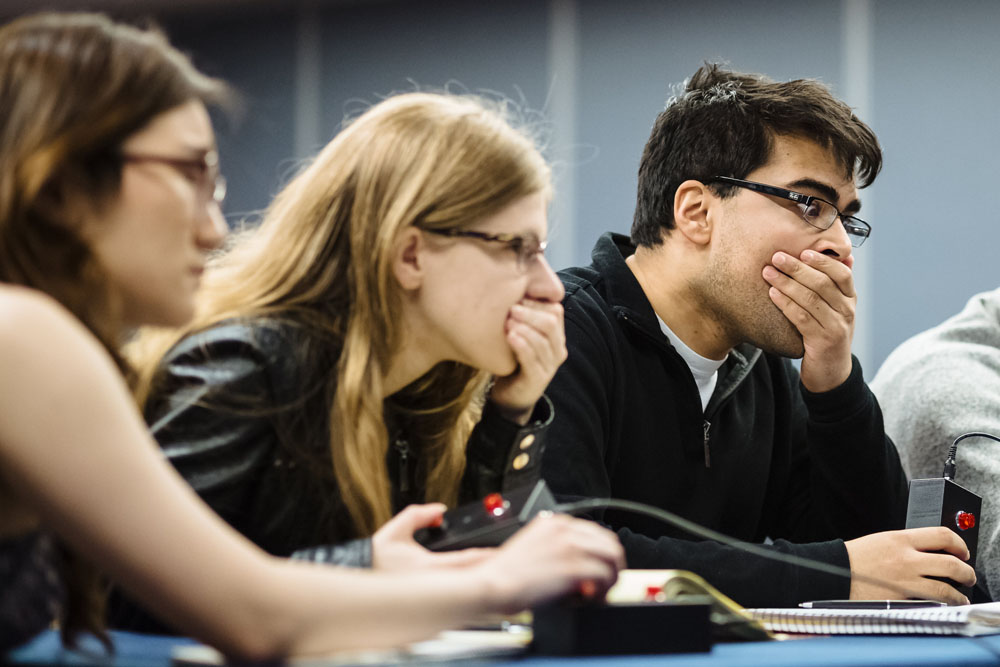 Hosting a tournament is a great way to raise funds. Some schools may make available additional funding through administrative offices, student unions, or the student government.

Recruit new players through word of mouth, intramural tournaments, activities fairs for incoming students, honors programs, and any other way you can. It is not unusual to see two, three, or four teams from a single school at some tournaments when they have an energetic organization. Now is the time to actively seek out people who can complement holes in the existing players’ knowledge.

Many clubs publicize themselves by holding an intramural tournament each year for other campus organizations, fraternities, and groups of friends to compete in. The intramural tournament serves as recruiting opportunity among trivia-loving students (including new freshmen who may be looking for the local team), but will also be a low-key tournament for less-experienced quiz-club members, and is an excellent event for the club to point to when asked about its contributions to the university in order to justify its funding. NAQT sells questions specifically written to be used at intramural tournaments.

It’s impossible to overemphasize the importance of learning to write quality questions. There is great debate among quiz bowl players about the best way to improve, but it’s certainly true that writing questions is a very good way to learn to new facts and, perhaps more importantly, to develop an instinct for anticipating others’ questions. In any case, most collegiate tournaments are run on packets of questions submitted by competing teams. Learning to write good questions can prevent the additional cost of having a packet rejected by a host or the embarrassment of having mistakes and misleading clues discovered when it is read in a real game. There are several guides to writing good questions on the Internet with general agreement as to game mechanics, but often divergent views on stylistic issues. Luckily this provides an opportunity for new writers to seek out their own style (within certain boundaries accepted by the community). NAQT provides a list of recommended references for writing and fact-checking questions. 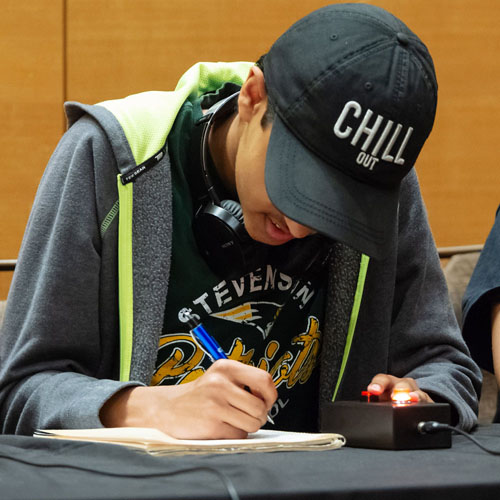 NAQT’s members love to talk about quiz bowl and are delighted when new teams join the circuit. New teams with questions about anything pertaining to quiz bowl should feel free to contact us at naqt@naqt.com. 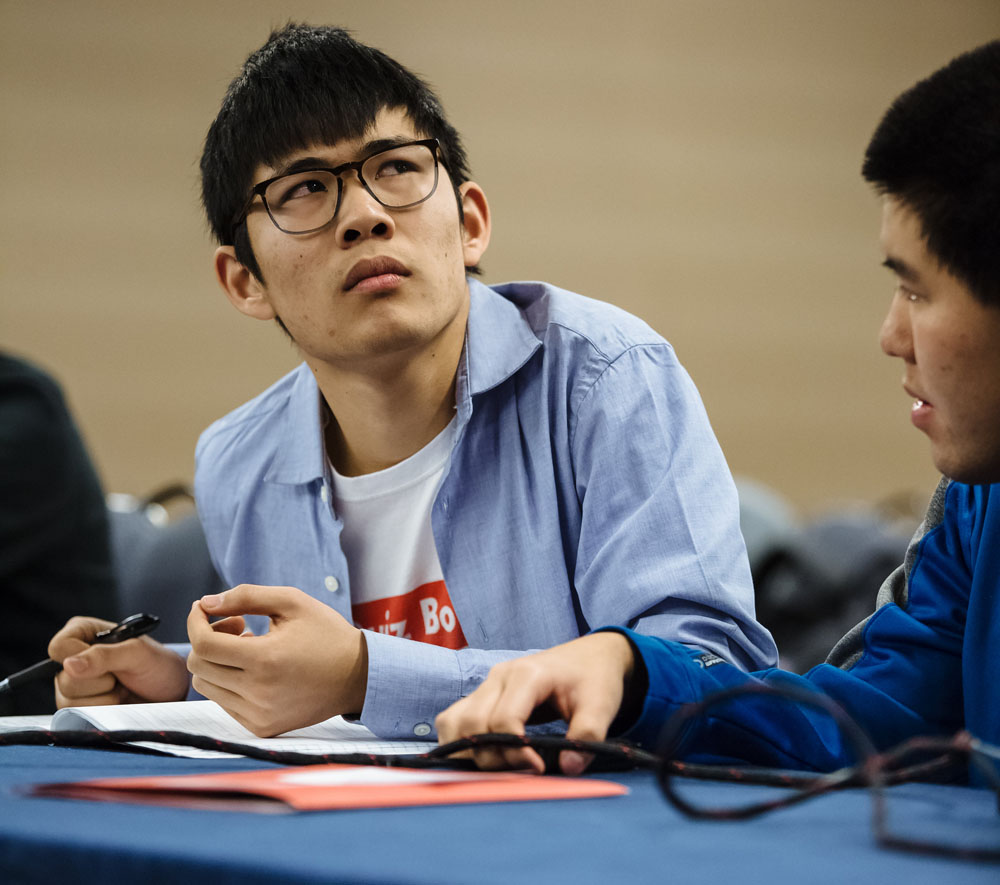